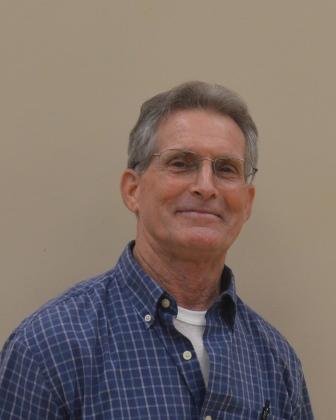 My testimony to God’s Grace

On April 19, 1987, I was arrested for capital murder in Los Angeles, California. At that time, I was told that I was going to the gas chamber. However, as is obvious, my Father in Heaven was not finished with me here in this temporal realm. Shortly after being placed in a one-man cell in the depth of Los Angeles County Jail, I was made aware of the depth of my depravity by The Great God of Creation. As I reviewed my state, I broke down and cried to God, please help me! He was right there and that is where and when the process of regeneration began. By God’s grace alone, on June 25, 2012, I was released from the physical restrictions of prison to begin a life-term on parole.

During the over twenty-five years I served in prison, for the most part, I was as free as I had ever been in my life. Through God’s home-schooling, I developed a character of compassion and responsibility that was sadly lacking in my life before my arrest. I discovered that The LORD was interested in relationships, both vertical and horizontal. That was a revelation that laid the foundation for everything else I was to learn about God and His love for mankind. I studied and applied The Word of God in my daily life throughout my term of incarceration.

I took an interest in the law with the intent of seeking some relief from the life sentence I had. My interest in the law directed me to be assigned to work in the law libraries of the prisons I was housed during the last twenty-years of my prison experience. However, by direction of The LORD, it wasn’t for working on my case as I had intended; instead, it was the tool through which The LORD was building character and drawing others to Him through the work I performed for them. He had made a promise to me, November 26, 1992, that if I was faithful to assist those around me with their legal problems, when I was ready, He would walk me out the door, which He did almost twenty years later.

The LORD elevated me in both the understanding of His Word and the law. Because of this, I counseled many men concerning eternal and temporal issues with the sound counsel of God. My release was just another step in the process of God conforming me into the Image of His Son and preparing me for prison ministry from the outside. Could there be any other reason for equipping me with the gifts He provided ---through→ my experience? I think not! Where God leads, He provides! And that is the reason I am involved in prison ministry! It is a natural extension of the grace that God provided me by delivering me from myself and a sure death penalty!

The evidence of the calling comes from the responses we receive as a team when a group of ex-felons stand before a group of men or women who are incarcerated and deliver our message of hope! They receive it because they know we have been there and understand their circumstance. GEMS is a part of that by providing us with the opportunity to reach farther than we could on our own. We work, attend school full time, and travel all over Florida and other states to deliver this message of hope. The financial and prayer support we receive is what makes what we do possible.

Philippians 2:5-12 is my favorite portion of Scripture.


The captcha you entered is incorrect. Please try again.